Chocolate battles won and lost, but the war is not over… 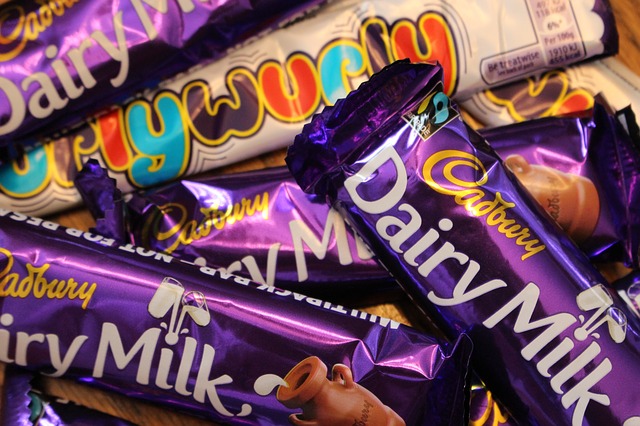 If you asked someone to imagine Cadbury chocolate, most people would immediately think of the purple packaging.

The iconic purple hue, registered as a trade mark for the shade Pantone 2685C since 1995, has been the confectionery giant’s signature colour for decades. The “Dairy Milk” product is just one example of this.

However, despite Cadbury’s established rights in the purple colour variant there has been a long-running “chocolate war” with main competitor and rival Nestlé regarding Cadbury’s trade mark rights.

In April 2019 the UK Intellectual Property Office (UK IPO) announced its decision to reject two of Cadbury UK Limited’s more recent trade marks applications relating to the Pantone 2685C shade (purple) as applied to its chocolate products. This came about following opposition raised by Nestlé. The applications in question are UK no. 3019361 and 3025822.

Nestlé’s opposition against a third application by Cadbury was not so successful. This application in question is UK no. 3019362.

The judgments handed down by the UK IPO centred on the descriptions given alongside each application and whether Cadbury had specified in sufficient detail precisely how the purple colour is applied to their products in practice.

For UK no. 3019361, Nestlé had argued the description “the colour purple (Pantone 2685C) as shown on the form of the application, applied to the packaging of goods” was too broad a definition and created ambiguity because it could be could be construed to cover an area wide enough where other colours could be present. The UK IPO ruled in favour of Nestlé stating that the description “may comprise a potentially limitless number of signs/means of representation”. Hence uncertainty would be created as fellow competitors would not be clear as to what is actually protected by the trade mark and where the “lines” are drawn.

The decision rejecting UK no. 3025822 showed Cadbury’s description to be even more ambiguous, with the UK IPO commenting that the description “the colour purple (Pantone 2685C) shown on the form of application” did not clarify how the colour is used as a sign at all – whether it be on the packaging, advertising materials or applied to the goods themselves.

Despite these blows, Cadbury did score a small victory following the decision to allow their description under UK no. 3019362 which reads “the colour purple (Pantone 2685C), as shown on the form of the application, applied to the whole visible surface of the packaging of the goods”. This was considered to be precise and sufficient in defining the scope of the application to register their signature colour.

This is not the first time Cadbury has received unfavourable news following their attempts to protect the colour purple.

They have tried and so far failed to amend the description of their 1995 registration which provides limited protection for the colour in respect of chocolate in bar or tablet form.  However, in light of these recent events the validity of that registration could now be called into question.

In 2004 Cadbury attempted to extend protection for the colour purple across a broader range of goods such as chocolate in general, cakes and drinking chocolate. However, Nestlé stepped in again arguing that the description “being the predominant colour applied to the whole visible surface, of the packaging of the goods” was too broad and imprecise (this being the same as the description as their 1995 registration). The application was finally rejected in 2013.

In sum, the decisions issued by the UK IPO and the Court of Appeal have left Cadbury in a precarious position. It leaves them open to further challenges from competitors that may not only prevent Cadbury from protecting the colour purple significantly further, but also with the danger that the original 1995 registration is invalidly registered. The latest decisions are subject to appeal and it is likely there is much more to come.

For businesses this highlights the difficulties that can arise when attempting to protect a specific colour by trade mark registration.

A precise definition of the colour is a must and it is recommended that a reference from the standard Pantone colour code always be given. Moreover, the description of the mark should be narrow and precise, leaving no room for misinterpretation.

Other notable “colour” battles in recent years have centred on the colour orange between mobile network operator Orange and the airline company EasyJet, as well as a fight between Yves Saint Laurent and Christian Louboutin regarding the latter’s claim to exclusivity of the colour red as applied to the soles of ladies’ shoes.

If you have a business and a brand that is struggling to protect itself from competitors, then talk to us. We offer a free, no-obligation consultation and you have absolutely nothing to lose. Our trade mark attorneys have a wealth of experience and we would love to help you. Get free trade mark advice today.