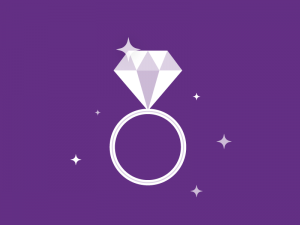 A leading international wholesaler is counting the cost of an ill-judged product launch.

Costco is well known for its huge warehouses stocking anything from sandwiches to speedboats. In its US outlets, members were able to purchase diamond rings marked Tiffany via the jewellery counter. However, budding George Peppards and Audrey Hepburns may have been left disappointed as the rings themselves were not manufactured by world renowned jeweller Tiffany & Co.

Costco argued that solitaire diamond rings of this type have become known as “Tiffany rings” so there was no issue of confusion. Tiffany & Co didn’t see it this way, and neither did the US Court. Costco now finds itself with a legal bill in excess of $19 million US dollars. A huge price to pay for what probably started off as a marketing brainwave.

Of course, this is an extreme example involving two large and highly respected companies. Tiffany & Co was able to take Costco to task because of its registered trade marks and the reputation it has established over many years use of its Tiffany brand. The iconic movie Breakfast at Tiffany’s no doubt helped its case. However, the principle is the same for all of us, large and small.

Intellectual property is often the most valuable asset of a business. So it is crucial not only to take steps to protect your rights but also to ensure you do not infringe somebody else’s. Although seemingly obvious, many businesses overlook one simple question before going to market – “Am I free to do this?”

What may seem like an innocent campaign, playfully connecting your products or services with those of a famous brand, can quickly land you in hot water. Whilst the UK Courts do not award the head spinning sums common to their US counterparts, the outcome can still be financially ruinous. Infringers risk not only a permanent injunction against use, but also payment of damages to compensate financial loss of the legitimate IP holder and, not to mention, a large legal bill of their own. Costco will have to sell a lot of jewellery to recover from this mistake although the company is big enough to absorb any losses over time. Not all businesses are in this position.

IP rights are there to encourage creativity not to stifle it. However, ideas must be original and cannot simply piggy back on the endeavours of others, whether wilfully or not. Unfortunately, all too often the first contact I have with a new client comes about as the result of an allegation of infringement.

The next time your marketing guru has a eureka moment, just pause for thought and take some time to carry out the proper legal checks before you go ahead. Costco’s sparkling idea certainly lost its lustre with the Court’s latest decision.

This article is about: Product Design & Copyright.